Money Forward and my favorite books for 2019

In my note for Money Forward Advent Calendar 2019, I will share with you my favorite little corner at MF, as well as some of my favorite books.

This week marks the release of the very first project that I joined in at Money Forward. The journey so far has been great.

In my typical engineer day, I wake up at around 7 am. If it’s not too cold (but it’s cold lately 🙄), I would go to the gym, take a quick run, a quick shower and ready myself to work.
After doing the morning meeting, I would take a little time checking email, tech blogs, news and start some real coding/work when I feel the most productive.
There is a so-called Refresh Area, which is where I would reside to take a break when I feel tired, or just want some comfortable place to do the reading/working while enjoying the great scenery of Odaiba.
In which I found my favorite little corner - the bookshelf.

I don’t consider myself a bookworm. I only read when there is something good and I’m in the mood. But I do enjoy looking at books. Something like we often appreciate beautiful flowers or good music.
That why often enough when walking pass this corner, I would take a look at the titles there, feel immediately great sensation and motivation for my work, as well as the urge to read something. That is wonderful I think.
It’s motivated me to finish some of the books I have left for 2019 and come down to have me had the chance to review my list of favorite books.

Note that everyone list of favorite books is subject to his/her background and experiences, so do mine. Feel free to leave comments if you find it interesting, or why you feel it should be better.
If you happen to be using Goodread, leave a review to share what you feel to others. Widely popular among programmer as ‘Uncle Bob’ (if you know SOLID, he co-invented it), Robert C. Martin is famous for developing software design principles.
This is one of the excellent books written by him that I think all programmers should read. It defines some building blocks as how to make good software, through writing easy to read, easy to maintain code that your fellow programmers appreciate.
Be warned, as others also pointed out, this book is half-good-half-bad, because the second half of the book is so focused on refactoring large Java code that not interested and applicable to everyone.
And while the book guide to programming is good, in my opinion, we should not take the recommends too seriously, real-world use cases depend a lot on the domain, the language you use and your team pre-defined coding style. Take what is good and be adaptable.

Overall, this book makes me a better programmer. I first read this book since my 4th year at university and still revisit it from time to time.
I may not be what I am currently is, if I have not read Clean Code. Another blockbuster in the software development world, written by Steve McConnell and published in 1993 by Microsoft Press. This book is superb in terms of content quality as well as …number of pages. It covers a wide range of topics, some are quite abstract, such as design, planning, some come with more concretes example and details, like coding, debugging, testing…
Some of the content already enhance what Clean Code offers, so you get the benefit of Clean Code plus everything else about software development.
A must-read for developers, I think. Just be prepared for its size.

Sapiens: A Brief History of Humankind 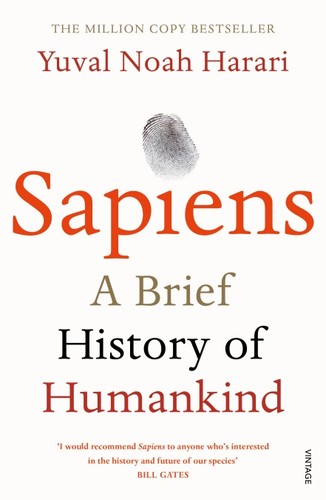 Stray a little bit from tech books. There is Sapiens, written by historian Yuval Noah Harari.

The book surveys the history of humankind from the evolution of archaic human species in the Stone Age up to the twenty-first century, focusing on Homo sapiens. It’s consisted of for major parts: (*)

Generally, I enjoy reading about history, but few books have fascinated me as much as Sapiens. I remembered reading it page to page every day when commuting to work, laugh myself out discovering something wonderful.
Though my time with Sapiens has been great, I have been hesitated about recommending this book. Reviews from critics are mixed. For some experts (or so-called), Sapiens seems not new, it uses many unsourced assertions and be too much on the author’s point of view.
But, as Bill Gates also ranked Sapiens among his ten favorite books. I see no reason you should not give it a try and feel it for yourself. Written by Tim Marshall), a New York Times Best Seller, Prisoners of Geography describes the impact geography can have on international affairs, offering an explanation for such geopolitical events as Russia’s annexation of Crimea based on Russia’s need to retain access to warm-water ports and China’s actions in Tibet to enforce its border with India.

I have interested in geography. Reading this book gives me valuable insights into how geography can have an enormous impact on how nations think and shaping its history. That why the word “Prisoners”, our thoughts and actions are often constrained by the world around us.
If you watch news daily and want to know why this happens, why that happens, read this. Anne of Green Gables is a 1908 novel by L.M. Montgomery. It has been considered a classic children’s novel since the mid-twentieth century. Set in the late 19th century, the novel recounts the adventures of Anne Shirley, an 11-year-old orphan girl, who is mistakenly sent to two middle-aged siblings, Matthew and Marilla Cuthbert, who had originally intended to adopt a boy to help them on their farm in the fictional town of Avonlea on Prince Edward Island. The novel recounts how Anne makes her way through life with the Cuthberts, in school, and within the town.

Since its publication, Anne of Green Gables has been translated into at least 36 languages and has sold more than 50 million copies, making it one of the best selling books worldwide.

The book has been adapted as films, made-for-television movies, and animated and live-action television series. Musicals and plays have also been created, with productions annually in Europe and Japan.

What great about this book is how it changes your life. You start to see the world through the eyes of Anne, which is full of discovering, beautifully crafted little things and always energized.
If you feel too much stress this day, take this book a hug.

Gone With The Wind Gone with the Wind is a novel by American writer Margaret Mitchell, first published in 1936. The story is set in Clayton County and Atlanta, both in Georgia, during the American Civil War and Reconstruction Era. It depicts the struggles of young Scarlett O’Hara, the spoiled daughter of a well-to-do plantation owner, who must use every means at her disposal to claw her way out of poverty following Sherman’s destructive “March to the Sea”.
More on Wikipedia)

Romantic novels rarely catch my sight. If it is, it’s Gone With The Wind.

A Song of Ice and Fire 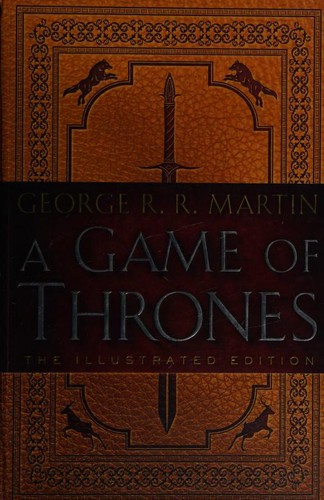 A Song of Ice and Fire is a series of epic fantasy novels by the American novelist and screenwriter George R. R. Martin. He began the first volume of the series, A Game of Thrones, in 1991, and it was published in 1996. Martin, who initially envisioned the series as a trilogy, has published five out of a planned seven volumes. The fifth and most recent volume of the series, A Dance with Dragons, was published in 2011 and took Martin six years to write. He is currently writing the sixth novel, The Winds of Winter.
The books have sold 90 million copies worldwide as of April 2019, after having been translated into 47 languages as of January 2017. The fourth and fifth volumes reached the top of the New York Times Best Seller lists upon their releases. Among the many derived works are several prequel novellas, a TV series, a comic book adaptation, and several cards, board, and video games.

If you ever watched of Game of Thrones TV series, then READ THIS. The book is so much better and every battle, every romantic scene are only limited by the author’s imagination, not by budget and modern movie special effects. Not to mention the last two TV seasons are created by the movie writer, not Martin himself.
I have been reluctant to watch the movie since reading these books.

The Name of the Wind I would be mad if someone told me to decide which is better, The Name of The Wind or A Song of Ice and Fire series.

Reading is fun, and this is not an exhausted list. I only chose what is currently my favorites and its subject to change. Looking forward to 2020.
Do you have your recomendations?

Your browser is out-of-date!

Update your browser to view this website correctly. Update my browser now